Sergeant Doug Wilson is a man shaped by two decades of war. He’s had much of his body replaced or augmented over his years of service, all with milspec cyberware. The ware and the war have combined to drive him more than a little crazy. If he was a civilian, he’d be designated cyberpsychotic and under court-ordered augment replacement and therapy – as a soldier in Texas’ elite specops battalion, he’s a weapon they just need to point in the right direction and unleash. Wilson and the units he trains are too useful to court martial, so the authorities turn a blind eye to his many crimes and atrocities. 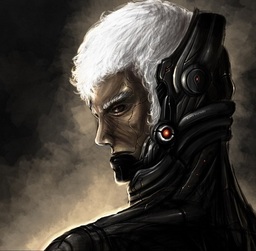