Emmy used to be the daytime cleaner at Dangerous Seasons strip-club, her mother is sister to the wife of Cavendish, one of the club managers. She and Wormwood met at the club and began dating. 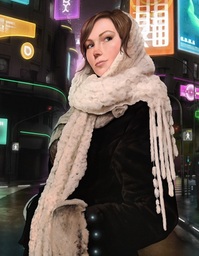