His Excellency The Consul-General, David Septer, was previously Permanent Under-Secretary at the Foreign Office in London, where he distinguished himself as the nation’s senior foreign affairs civil servant in often-tetchy negotiations with both other nations and sovereign megacorporations. A career civil servant, he was given the post of Consul-General as a reward for his work and now looks forward to rising to full Ambassador rank and perhaps getting a choice posting to the U.S., India or Northern Alliance embassies.

Septer is known as a tough negotiator, one often willing to introduce wild cards into affairs by judicious use of the British intelligence agencies. He is a personal favorite of the Foreign Secretary, General Osgood, and is intensely anti-monarchist and loyal to the current regime.

Callous in the pursuit of his own ambition and his regime’s goals, Septer can seem personable and pleasant to those who haven’t yet crossed him. 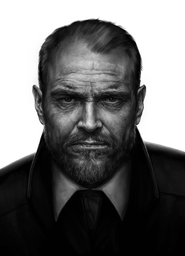