The Big Cheese In Night City

Dominic Giagni is the heir of the Giagni chain of home fixture stores and spa installers – and also the Godson of the head of the New York Gamblioni family of the Italian mafia. He’s been involved in politics since becoming bored with the family business, leaving it to his cousins to run for him. Eight years ago, he became Chairman of the Night City Council, a post he’s used to cement alliances with the megacorps and provide sinecures for his own circle of flunkies. Despite that whiff of corruption, he’s not actually a bad Chairman, since his libertarian leanings are tempered by some old-fashioned Italian Mafia notions about what it is to be a Don and the responsibilities a powerful man has to those who put him there — as long as they show respect, of course.

“The Dom” as he’s sometimes known has a lovely and cultured wife, Maria, and a son Hugo – who’s a bit of a douche by all accounts. He’s survived three assassination attempts, in one of which he was badly wounded and had both legs replaced by cybernetic prosthetics. Nowadays, he goes nowhere without a heavy police presence or a security team of hand-picked bodyguards working directly for the Chairman’s Office. Most who meet him find him easy to get along with – he’s a natural at putting people at their ease and as comfortable munching burgers at a gridball game as sipping champagne at the opera. 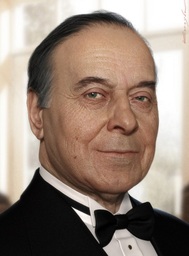