Before the Great Collapse of the European Union, visionary billionaire Thomas Riley had a idea: A undersea research facility that was just far enough off the coast of the UK where he could use a little extra cash and influence to see that it had little restrictions or interference in what it researched. Reaching out to brilliant minds from every major megacorp who felt stymied by legal restrictions on their research, Riley’s ‘Atlantica Seabed Archology’ soon became a shared dream thought the corporate and scientific community. Ground Breaking relieved a rich seam of both precious metals as well as a deep source of fossil fuels, between the resources and the people involved, funding and political connections would never be a problem for the facility.

The concept of a undersea colony with practically limitless resources based on unrestricted research encouraged free thinking in almost every aspect – including the design. ASA, as the preliminary notes called it, was to be a series of domes broken up by amazing towers and spires that wouldn’t have been possible above ground. Sadly, Thomas Riley died in a tragic accident involving a failed safety check before the complex was completed, but the project continued, Riley’s only child, Simon, the chief civil engineer, took on a major role in continuing his father’s legacy. People began nearly completed project Riley’s Archology or Riley base, but Simon Riley insisted his father would have wanted his dream to be remembered as a shared dream of the community, rather than one man’s vision. Between the tributes to the late visionary and the comparison of the grand architecture to early 20th century pulp stories, the name R’lyeh stuck – despite many people insisting on it being bad luck to tempt fate in such a manner.

For four years, R’lyeh was a shinning star of accomplishment – corporations sent their brightest researchers to the worlds most amazing brain share, the most ground breaking results in nearly every field can be traced back to minds that stayed a few months at the archeology’s brain share program, where minds were completely unrestricted by corporate of government limitations, as long as safety procedures and communal culture were followed. Biotech in particular flourished. Not only was R’lyeh a mecca for researchers, it did a fair trade in tourists seeking an undersea adventure in a place that was a work of art in it’s own right.

In early 2022, however, things started to happen. Unknown to anyone, Simon Riley was not only sampling some of the drugs developed in R’lyeh, but in a slow, subtle decent into madness, the chief civil engineer decided to start slipping small amounts of drugs meant to boost creativity and intellect into the water supply. Within weeks, mild hallucinations and vivid nightmares began. Accidents became more and more common, and for the first time ever on the undersea paradise, personal conflicts and eventually violence became a problem. With this situation wholly unknown to the outside world, terrorists from the group “Messengers of Gia”, the same eco-terrorists responsible for the Gen-Nu disaster, managed to sneak an activist into archeology, an activist unknowingly infected with the Gen-Nu virus – before the real ramifications of that virus were known to the world. Survivors are not 100% sure what happened, but there were explosions, several biolabs went up in flames, strange gases flooded out of the air-ducts – whether from the saboteur or a deranged Simon Riley, non one knows for sure. What is known is that chaos reached an unprecedented level. Biological plagues, genetic manipulations, chemical enhancements, all ramped up to impossible speeds spread throughout the complex in a matter of minutes. The contamination of the surrounding ocean was inevitable. Of those that managed to escape, many were permanently mentally and physically disfigured beyond hope. A lucky few managed to escape with little permanent damage, but even after years of therapy and medical detoxification are still closely monitored for health and safety. | 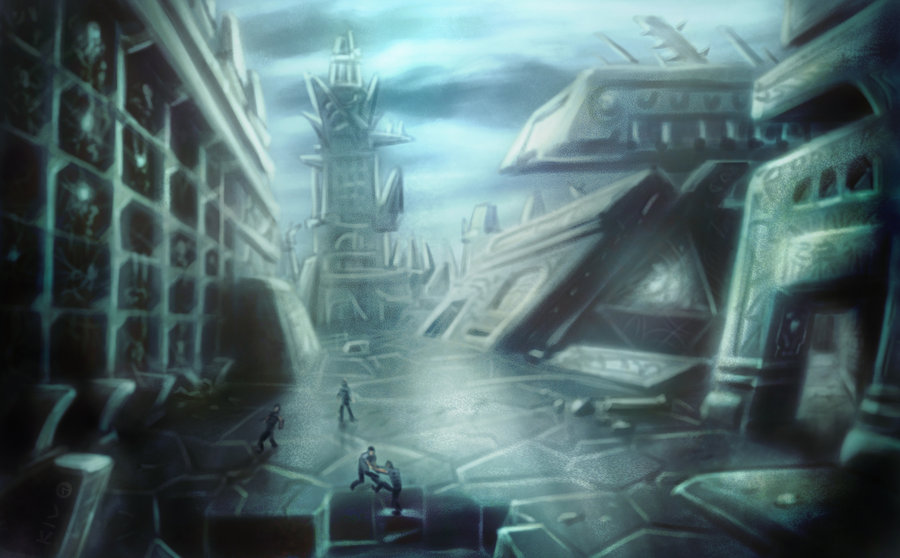 The archology itself lies abandoned at the bottom of the sea, frighteningly closer to British shores than anyone care to think about. Even the massive oil rig built above is a structurally unsound, probably toxic disaster no one wants to think about. Persistent rumors of lights and small vessels are attached to the ruins of R’lyeh, along with the typical urban legends of crazed cultists and mutant mer-pirates one would expect from a disaster like this, but no real investigation has taken place. No one is stupid enough to turn such a biological hot-zone into any kind of base of operations. Even if they did, how long could it possibly last in a toxin ruin? | 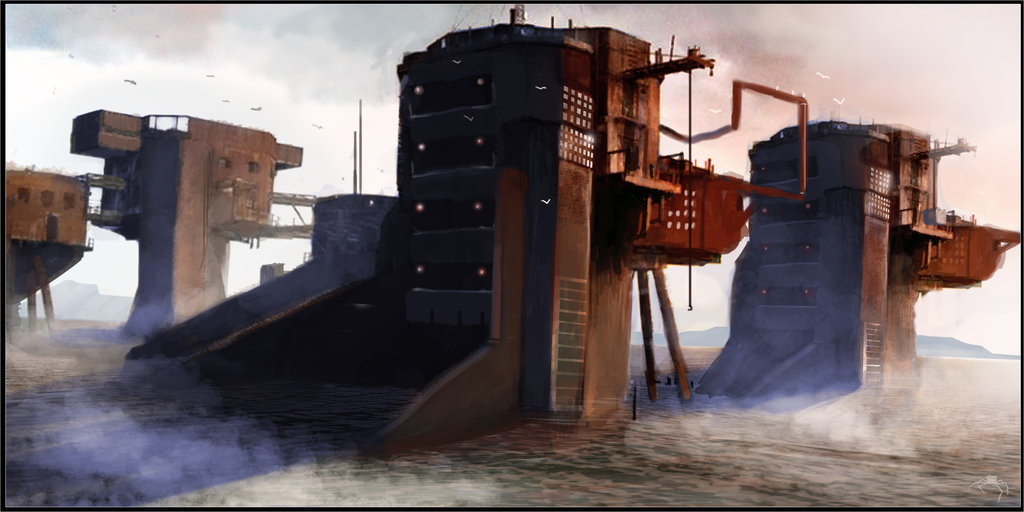 by: Danukian
See All Pages