The Red Plague is a highly infectious disease; it is primarily airborne, but may also be spread via transfer of bodily fluids into a victim, such as through an open wound or the mucous membranes in the mouth, nose, or eyes. It is resisted by HT-5, with a 1d+2 day delay. It does two points of toxic damage per one-day cycle, for a total of 5dx2 cycles. Symptoms are nausea once 1/3 HP are lost, hemophilia once 1/2 HP are lost, and coma once 2/3 HP are lost; this persists until the victim rises back above 2/3 HP. A final symptom, the Red Plague Survivor meta-trait (below), comes in once 1xHP are lost. This final symptom is permanent, and does not go away when the victim gains HP back.

Antibiotics give no bonus against the Red Plague and it is resistant to the effects of antivirals, resulting in only a +1 bonus to the HT roll to resist.

The Red Plague is a deadly virus running rampant through Cargotown and beginning to spread to nearby areas. The Plague was first noticed as being something unusual in July of 2050; it is unknown how long it had been boiling prior to that point. The primary effects have been obvious – it is a highly lethal and contagious pathogen that first presents itself with hemoptysis – the coughing up of blood – followed by vomiting up blood. By this time, the victim has been infected and is well on their way to the third stage – coma. This coma is a result of the body’s attempt at shielding itself from the invisible trauma occurring within as their genetic code is being rewritten throughout their body. This rewriting process typically results in tumors and cancerous growths followed rapidly by death, but those who are fortunate enough to survive the process are born anew, displaying greatly increased strength and lightning-fast reaction speeds – thanks to genetically modified and enhanced musculature and hormones. Even these fortunate few are not completely out of the woods, however, as the virus will continue to rage through their bodies, though at a much slower pace, and cancerous growths and tumors will continue to grow until it is finally too much for the victim and they perish, just a matter of months later.

It has been found that the Plague is a genetically-modified retrovirus, a deliberately-designed ‘gene-tailoring’ virus that can rewrite the human genetic code. It shares many traits in common with the genetic plagues stemming from the Gen-Nu crisis of the early 2020s and appears to be a direct variant of one of those viruses. It appears somebody tinkered with the original virus in some fashion; it is unclear whether they were simply unskilled or were lacking the appropriate tools, or even if this was the intended result, but it has clearly exceeded its original design intentions.

Approximately 50% of those who suffer from the plague will eventually die of it; even more will fall into a coma and die of complications. Only about one in every ten will fall to the fourth stage of the disease and then awaken once more. 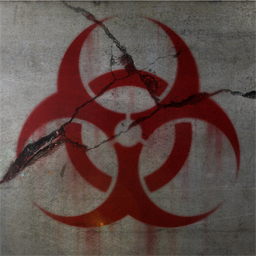