Reputed head of the Tambov Syndicate in Night City

Viktor Yurievitch Stasakov, born in Petersberg, served in the Russian Army and military intelligence before being convicted or running a fuel-selling and drug-selling cartel from his unit’s base on the Chechen border. he was sentenced to life with hard labor in a Russian military prison, but walked free only six years later after some of his former unit apparently kidnapped and held hostage the prison warden’s family. Stasakov returned to his home city and became a member of the powerful Tambov Syndicate, one of Russia’s main crime families. he rose rapidly to the rank of Sovietnik, running scores of the Syndicate’s many drug labs in the city and a sizeable part of their smuggling pipelines to Europe and the US.

In 2043, Stasakov and a cadre of his most trusted companions, people he’d either served with or met in military prison, journeyed to the US and set up in the now-flourishing new city in Norcal. he has grown his operation over the years, always carefully recruiting from Russian emigres who have both military services of some kind and who have done prison time in the Motherland or in North America.

Stasakov is known as a man who is quick to anger and to physical violence, but also as a cunning operator who keeps a set of firewalls between himself and explicitly criminal activity. Openly, he runs one of Night City’s largest automotive concerns as well as several bars and a “Russian-American Support Foundation” which promotes business ties among the ex-patriot Russian community. He is unmarried and has no known offspring. 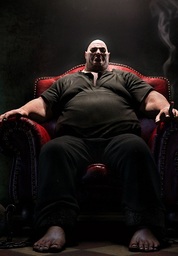