Elusive Hacker known to most as the White Lion

Seven years ago, a young man from a wealthy family went off to college in the Sprawl. Studying in one of the premiere computer science programs, the boy decided to dabble in a few elective liberal arts classes (much to his parents’ chagrin). History, political science, and even a touch of philosophy, he assumed, would round his college going experience.

He soon fell into what his family would refer to as “the wrong crowd.” Radicals, pseudo-revolutionaries, and beatniks all influenced the young man, introducing him to the shady world of black hat hacking, militant cryptography, and even the lucrative, criminal pursuits of sneakernet trading.

Five years ago, the young man simply vanished. No record of his enrollment, no driver’s license, not even a record of his birth. Soon after, the hacker known only as the White Lion began popping up, and quickly disappearing, from police reports. Petty ATM hacking and identity theft made him money, but he quickly became obsessed with the big game hunting of the hacking world – Ghosts.

His obsession took him across the country to Night City, where the lords and ladies of the criminal underworld would pay good money for illicit ghosts. Lost and found, or stolen, they didn’t care, as long as the data they sought could be obtained. And the Lion never failed in his hunt.

But the Lion, aka Saxby Diggs, was no lackey for crime bosses. He hated the rich and the system that gave them too much power. He used their money, and the access they gave him, against them at every turn. The money they paid Saxby would quickly find its way to opposition groups, militias, and vigilantes of all stripes. And of course, anything the rich and powerful wanted to be kept secret soon found its way onto public forums and servers, signed and sealed with antique ASCII art in the shape of a lion.

Today, Saxby lives anonymously in the Grays of Night City, playing the VR games and plying his wares as usual to the local bourgeoisie. Still, he feels he has exhausted the access he has, reached all of the heights he has available, and freed the data when he got there.

When he gets a call from a local casino magnate with a seemingly easy IT job, however, his life gets a lot less boring – and a lot more dangerous. 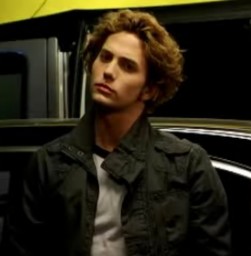