Jian is an unknown quantity in the Night City underworld, newly arrived from the Chinese mainland to take over what remains of the Wo Shing Wo operation in the rest of Night City while the Cargotown Zone is under quarantine and lockdown due to fears of a genetic plague outbreak.

What little is known about him is that he is rumored to be the son or adopted son of one of the most senior Wo Shing Wo leaders and to hold status within the organization beyond that conferred by his own rank. Every other criminal boss, as well as law enforcement, security and business interests, are wondering what he will do and how he will go about his work. They likely won’t have long to wait. 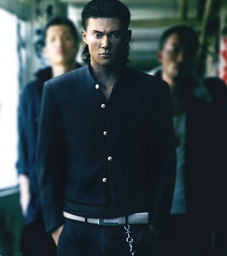