CEO of Rossum's collaboration with Umbra and the British Government

The current CEO of British Biotech was seconded to the company by parent Rossum after working as one of Vice President David Elkin’s most trusted troubleshooters in their Special Projects Division. Reputed to have a full complement of Janissary augments, Stavis also holds the honorary rank of Colonel in Britain’s feared D.I.5 internal counter-intelligence and security agency. Intelligence analysts the world over have drawn some disturbing conclusions from that combination. 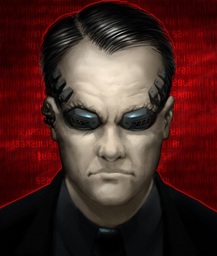