The Aequitas, Justice’s Hand, and the Wolf of Red Roses – all are synonyms for the young woman Francheska Wolfir. Born to a poor family in the Gray, her childhood was full of sorrows, and not terribly uncommon.

The Wolfir family used Francheska’s body on the street to put food on the table. It was not long before she fled the abuse, running away to fend for herself. At the tender age of fourteen she was alone in the world, forced to steal and worse to keep herself fed. When Mr. Cypress came into the Gray nearly half a decade ago, when Francheska was twenty, the area was under the hold of countless pimps and petty drug dealers. It was not long before Candyman’s message flooded the streets, giving hope to the hopeless. Francheska butchered her handler in a savage fight, costing her an eye, and brought his head to Candy as an offering only months after his arrival. Ever since she has been the Aequitas of Desiderium, the hand of justice and the enforcer of Candyman’s will. A driving force behind Desiderium’s early growth and stability.

Candyman showers Miss Wolfir with his attentions – when she makes her rare appearances at Cabrini-Grean. Despite the terror her position can inspire, and her sometimes cold-nature, all within Desiderium view her as a concerned mother hen. Some within Desiderium whisper that the Aequitas may have higher aspirations in mind – that she may become more than just the symbolic mother of Desiderium. The older “brothers” and “sisters” know to mind their own business – but those of the “childe” whisper with one another and prod their elders for the truth of it. Perhaps there is something to their mutterings, for these days the Aequitas no longer brings grisly trophies as offerings, but a single red rose. 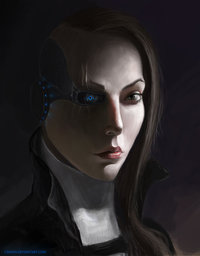